In praise of the inventor of the weather forecast 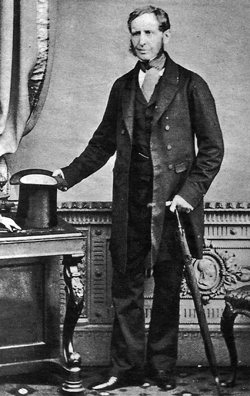 Everyone knows what a weather forecast is, most people have heard of Charles Darwin’s Voyage of HMS Beagle, and most British people have heard of the shipping forecast. So it’s very sad to think that more people don’t know about Robert FitzRoy (5 July 1805 – 30 April 1865) who made all these things possible. And FitzRoy keeps cropping up in my life! My travels in South America and my obsession with the weather makes it hard for me to avoid him.

FitzRoy talks about the weather

FitzRoy was a scientist, a sailor, a Royal Navy officer, a pioneering meteorologist, hydrographic surveyor and is probably best known for being Captain of HMS Beagle from 1831 to 1836 when he sailed around the world with young Charles Darwin on board for company.

At a time when all global trade was ship-borne, FitzRoy was horrified by the number of shipwrecks and the appalling loss of life at sea which annually numbered many thousands. Often the losses were entirely preventable; if the ships’ captains knew bad weather was coming, they could change course or seek safe harbour until a storm had passed. In 1859 the Royal Charter was wrecked off Anglesey with the loss of 450 lives. This tragedy inspired FitzRoy to find ways of making daily weather predictions. He established land stations and used the new telegraph system to transmit reports and warnings of gales. He devised a way of hoisting storm warning cones at the main ports when a gale was expected, thereby getting weather information to seafarers and fishermen. In 1863 he published the Weather Book which at the time was cutting edge meteorological science.

Inventor of the shipping forecast

In doing all this, he established what we have come to know and love as the Met Office. Oh yes. He invented the weather forecast.

Tragically he became depressed and died by suicide – he cut his throat – aged only 59. But his name lives on. Boats, mountains, rivers and building have been named after him, including most recently the UK shipping/sea area of Finisterre was renamed FitzRoy. So every day the founder of the Met Office is mentioned in the  BBC’s much-loved shipping forecast, which he, of course, invented. RIP Captain Fantastic Mr FitzRoy.