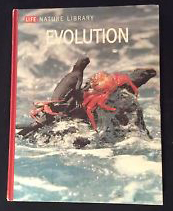 When I was just 3 years old, my father (who was a scientist) would sit me on his knee and show me and talk about the pictures in a book called Evolution (which I still have) published in 1964 by Time/Life Nature Library. On the cover was a photo of a marine iguana. I have dreamed of visiting Galapagos for 50 years.

In 2015, I fell from a horse and smashed my head. It took my brain some months to ‘reboot’ and I vowed that when I had recovered, I would move heaven and earth to somehow get us to Galapagos. We finally got there in December 2016. For anyone interested in the natural world and how it came to be as is it, a trip the Galapagos is the Holy Grail of All Trips. There are so many unique things about Galapagos: their isolation, the endemic species, and how the islands helped Charles Darwin see so clearly that natural selection – the ability of creatures of adapt to their environment – was the force that drives species to evolve.

Our first day in Puerto Ayora, Galapagos, took us to the fish market

Fisherfolk on Galapagos are (quite rightly) limited in what they can catch, how many they can catch and how they catch it. The local wildlife – of which there is a lot – hangs about the tiny fish market waiting for any free scraps. 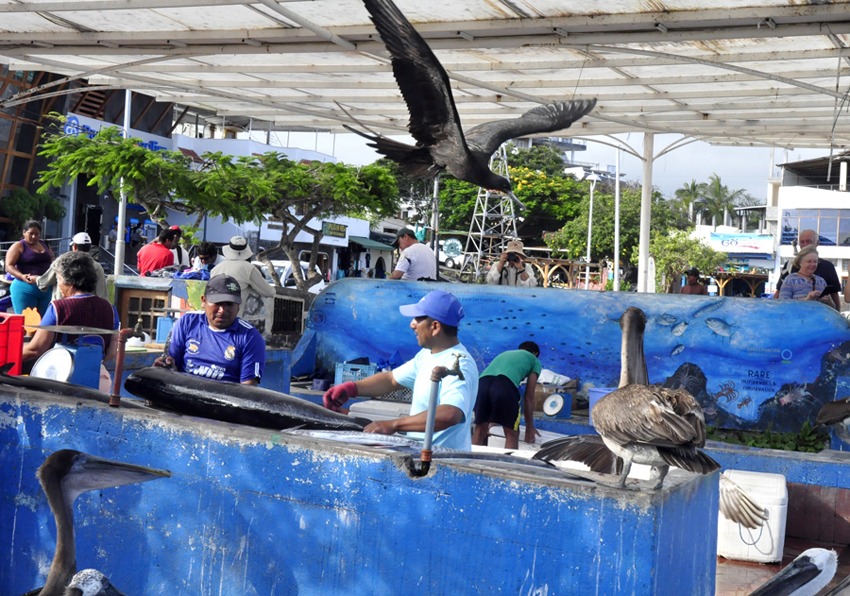 The pelicans are especially prominent and don’t worry about people at all. In the photo below you’ll also see a  Great Blue Heron, a couple of lava gulls and a couple of marine iguanas. 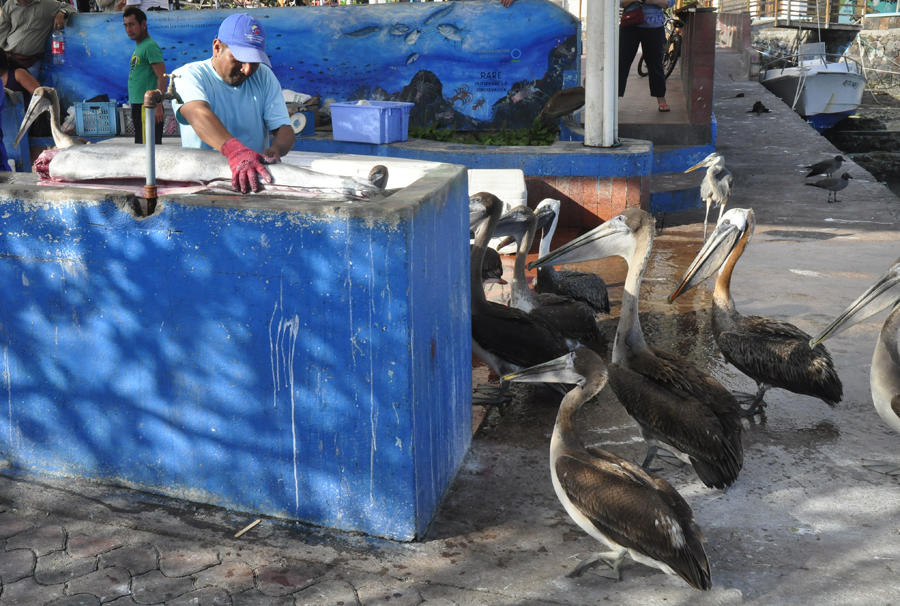 As the fisherman prepared his catch – gutting and skinning the fish – a wild Galapagos sea lion waited patiently at the fisherman’s feet, like a well-trained dog…. 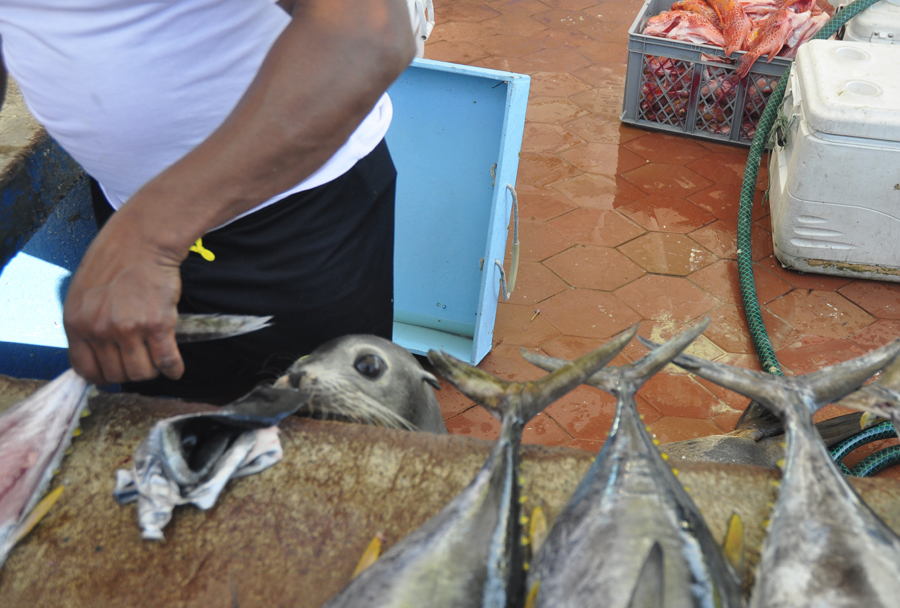 … until he was allowed to take the fish skin! 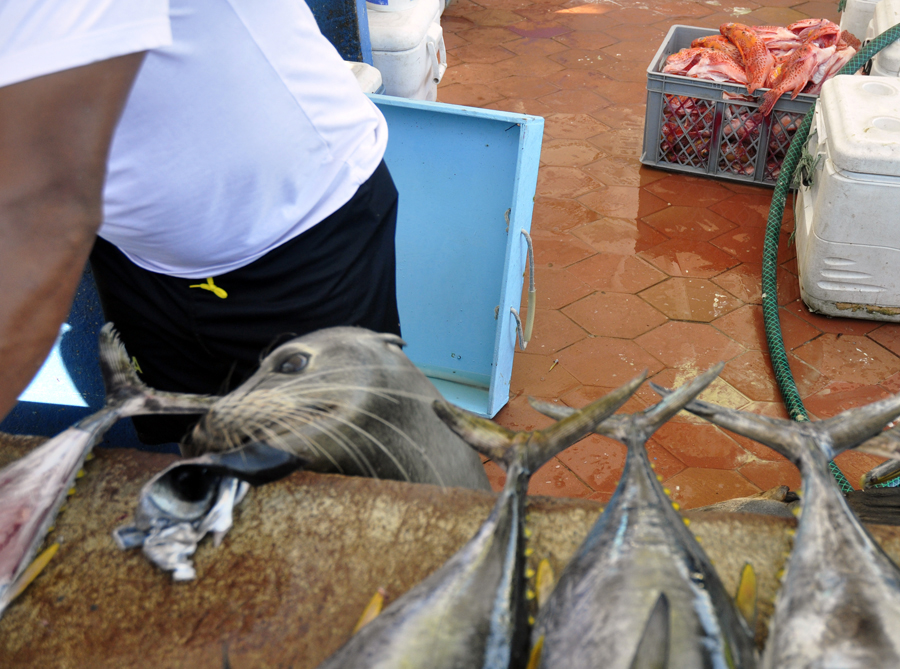 And all the time, overhead soared scores of huge Magnificent Frigatebirds, waiting for their chance to swoop down an steal whatever they could. This is how they make their living, pirating the catch from other birds and animals. 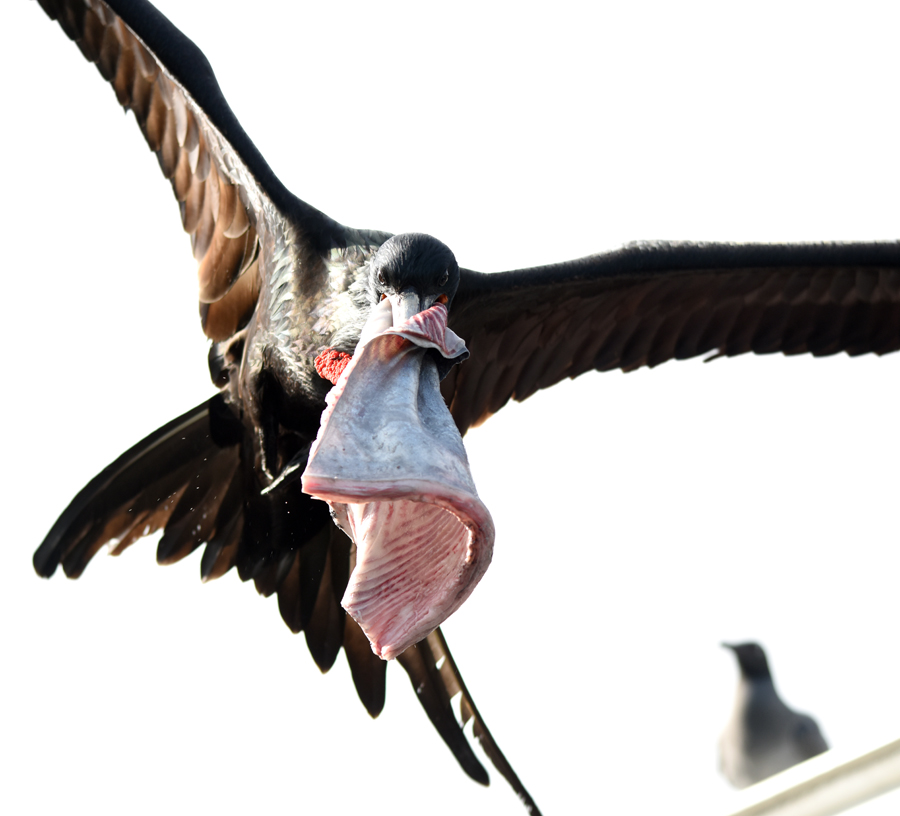 Here’s me waiting for the sea lion to reach up and take his prize. 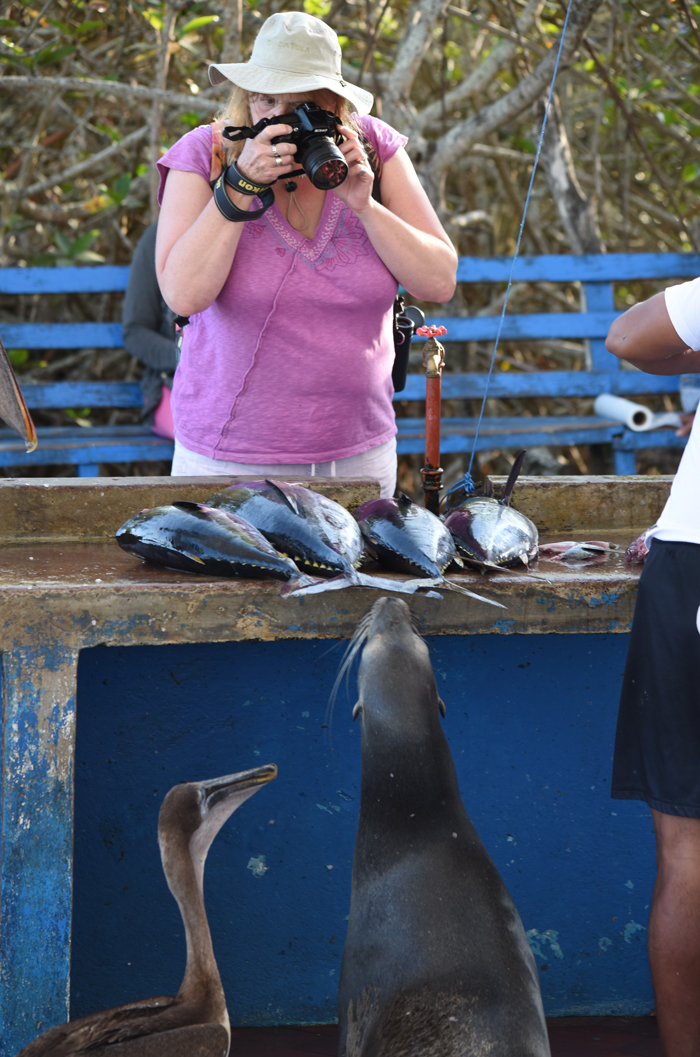 We returned to the fish market at least 4 times. It’s the place to be!