Julian Cope: "How much can you take?"

The anti-hero revolutionary hairy hippy rocker takes to the stage

Julian Cope: “How much can you take?” 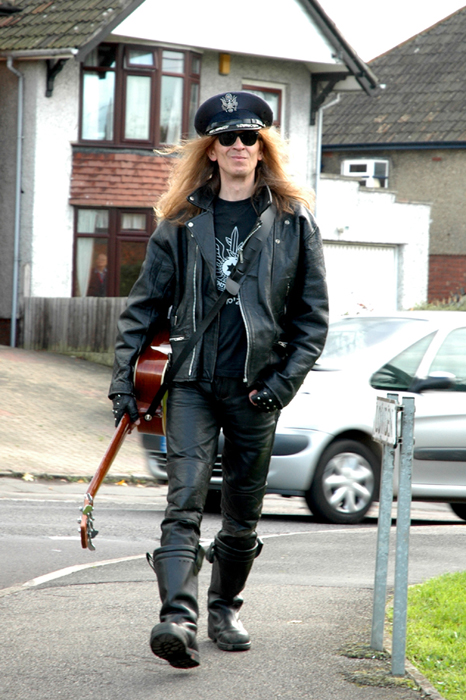 I first discovered him musically in 1979 when his band Teardrop Explodes hit the big time. I rediscovered him 20 years later through my interest in the Neolithic and Bronze Age – that’s stone circles and megalithic tombs and stuff – of which he has expert knowledge. In 2003, it was this interest in old stones, pursued through Julian’s stoney website, that brought me and Moth together. I have so very much to thank Saint Julian for.

We’ve seen him perform many, many times now and I hope will see him play many, many more. The great thing is you can never be quite sure what you’re going to get with Julian. He likes variety and therefore rarely disappoints. Even if you don’t like his current musical ‘phase’, you can laugh at his witty stories and dry humour, be amazed by his erudite use of language, admire his rock ‘n’ roll posing, marvel at his range of bonkers hats, wonder at his inability to remove his sunglasses even when he can’t see, and stand in awe of his shamanic skills in showmanship. He is above all else, a gifted communicator.

“Fuck religion!” Cope screams as he arrives on stage. The crowd roar in approval!

The whole of his show is a religious act in a way. Without getting too up-my-own-arse-analytical about it, his whole show questions what and who we worship, how it affects us and shows how easily we can get drawn into it. Or something.

OK forget my poncey critical analysis, the man looks every inch a Rock Star tonight, even though he patently is just an ordinary bloke who likes dressing up. He wears long black boots, black low hipster combat trousers, a bumflap bearing the legend Anarchy & Peace, has a bare torso, is clean shaven and his long fluffy blonde hair billows out in clouds from beneath a German stylee military kepi. Oh and sunglasses. Of course. And with his bass slung low round his loins he looks amazing. Not bad for man who’ll be 50 next year.

He says he’s in his second psychedelic phase. I’m not entirely sure, but I think he means he sometimes chooses to play his tunes in a loud, heavy, grungy, thrashy sort of way … I could be wrong. Or maybe he’s just taking drugs… It’s funny – no matter how hard he pelts the stuff at you, his melodic riffs rise above it all. One person told me they didn’t think it was loud enough, but to my ears it was overly loud and beginning to distort, sounding muffly and dirty. So me and my mate Carole had to venture back, away from the stage, something I’ve never had to do at a gig before. In the ladies’ loo the sound quality was superb. You could really hear Julian’s voice and pick out all his wonderful tunes.

His three piece band (guitar, bass, drums) ground their way through material spanning 27 years, peppering old favourites like Highway to the Sun, White Van and Sunspots with new stuff from his more recent albums. For about half an hour out of more than a two hour set, Julian banished his band off stage and played solo on guitar and mellotron. For me, this was the real treat.

“How much can you take?”

He rages against clitoridectomies, abuses the Pope and finally draws blood from his own bare belly in an act of sacrifice at the altar of rock n roll. Or something. Blood seems to be an important metaphor. I wish he’d stop cutting himself, though. I hope he packed some Savlon. I’ll be able to check out how well his wounds are healing as the tour progresses; we’re off to see him again in London tomorrow and in Bristol on Monday.