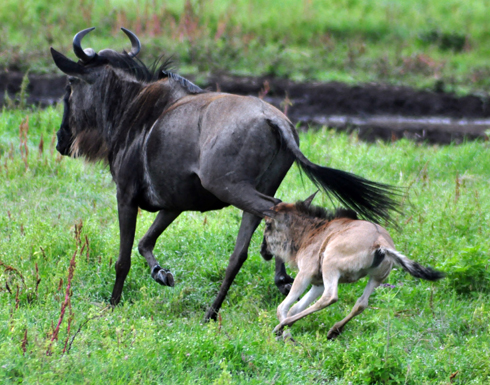 Some people think they’re ugly and stupid, but I think blue wildebeest (Connochaetes taurinus) are marvellous creatures. What stripes! Such lovely beards! And crazy tails!

One of the reasons we went to East Africa last month was to see the wildebeest at the time when they were giving birth.

A calf can be literally up and running alongside its mum within four minutes of being born. And they need to be; hyenas, lions, cheetahs and leopards all have a taste for them.

We had the privilege of witnessing these magnificent bovines in their thousands, as far as the eye can see, in Tanzania’s Serengeti national park, surely the greatest game show of all. 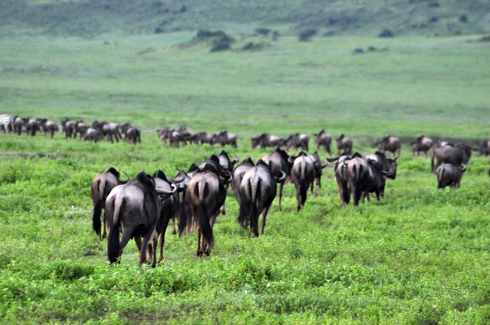 They remind us what it was once like on our planet, actually not so long ago, when huge herds of herbivores still roamed the open grasslands, before humans wiped them out and gobbled up those wild places for themselves.

Long may the herds continue their epic journeys through what little of our planet is left for them.