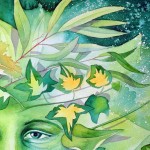 The Green Man is an ancient woodland deity.

You might know him as John Barleycorn, Jack-in-the-Green, Robin Goodfellow or Puck. He seems to exist in our collective folk memory and turns up in cultures throughout the world, down the ages. You’ll see his leafy face on pub signs, or carved into the stones of Christian churches. He’s there in Roman and Egyptian art, and was present in prehistory. Humans need him and his promise of new life.

I’ve painted him numerous times before. But back in February, as winter drew on, I was willing him to return to spread some hope and green growth. As I lay awake one night, I wondered what he would wear on his hat. Obviously I would have to paint it. 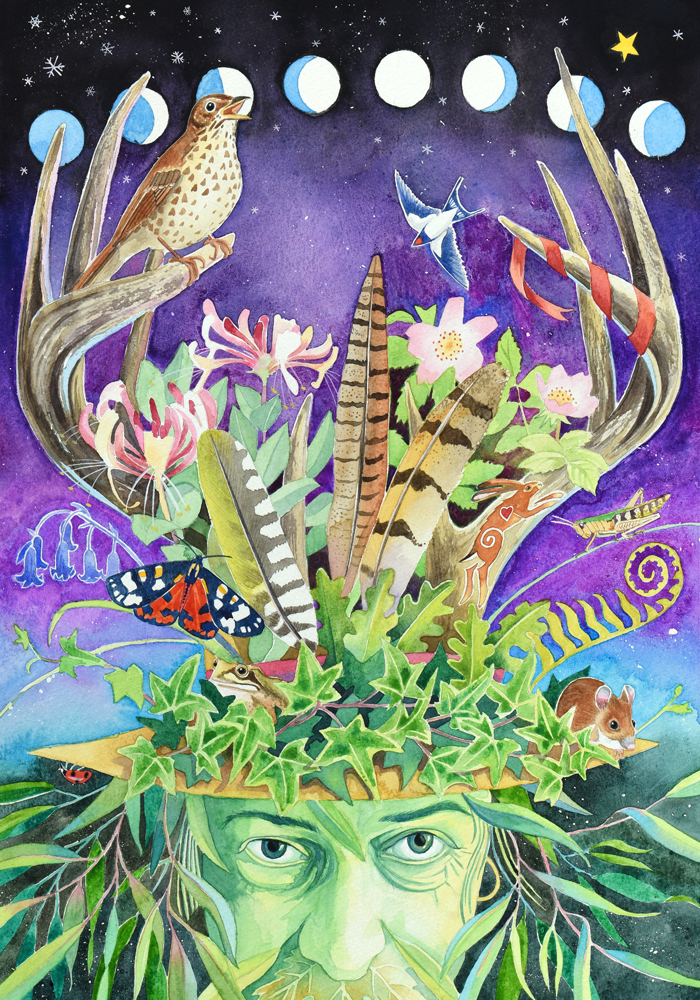 To begin with, I took a photo of my husband in his Panama hat as a reference material.

I’ve decorated his hat with ivy and oak leaves, an unfurling fern, dog roses, honeysuckle and bluebells. His hair is swirling willow. There’s a wood mouse, a common frog, a grasshopper, a ladybird, and a scarlet tiger moth. A song thrush belts out his awesome tunes, and a swallow has just returned from Africa for the summer. The snows of winter retreat and the moon travels across the sky towards the sun in the merry month of May.

His antlers are worn like the amazing Abbots Bromley horn dancers. A tiny brown hare runs up from the base of his left antler. This insignificant little hare would spur me on to paint a series of hare paintings.

The Green Man’s Hat is a painting about hope and the promise of Spring.
⇒ Original painting in watercolour and ink on paper £475
⇒ A2 signed prints £35
⇒ Two greetings cards £5 – 2 one of this painting and one of the painting below 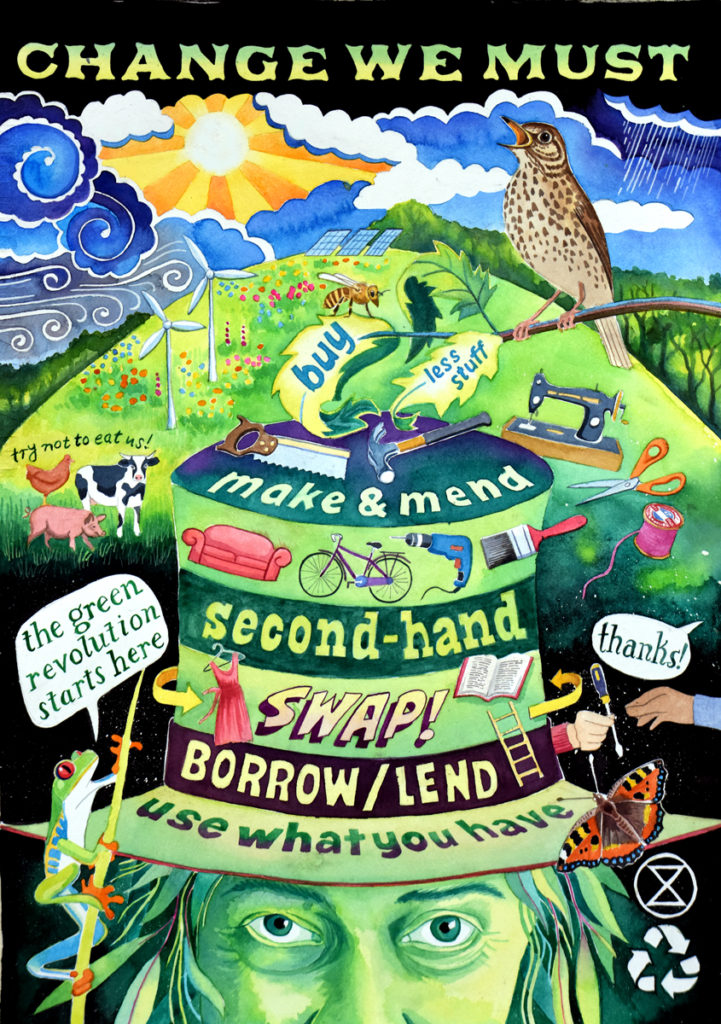 As I was painting the Green Man’s Hat it got me thinking about environment issues and I realised I could have taken the composition in an entirely different direction – more of a “call to action”. Rather than thinking about what the Green Man might wear, I wondered what he would say and think about the current state of the planet? He would surely urge us – each of us individually – to make small changes in our lives. If millions of people made these small differences what an ENORMOUS global difference that would make!

It’s pretty clear that the politicians and powers that be are not interested in environmental matters and the climate emergency – and right now we are dealing with a virus pandemic. But that doesn’t mean we, The People, shouldn’t try to each take our own small revolutionary steps.

The Green Revolution starts here is a call to action from the ancient woodland spirit himself.
⇒ Original painting in watercolour and ink on paper £475
⇒ A3 poster £25 – put one up in your kitchen as a reminder
⇒ Two greetings cards £5 – one of this painting and one of the painting above

Previous paintings of the Green Man 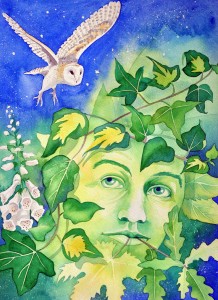 “He quietly sits under every tree” SOLD 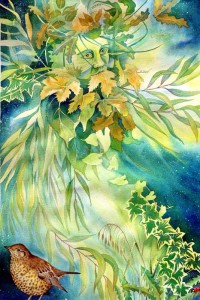 “Have you seen Jack-in-the-Green?” SOLD 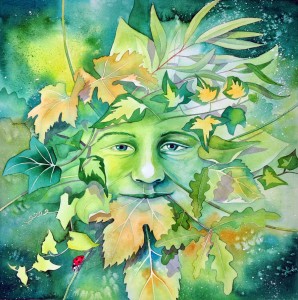